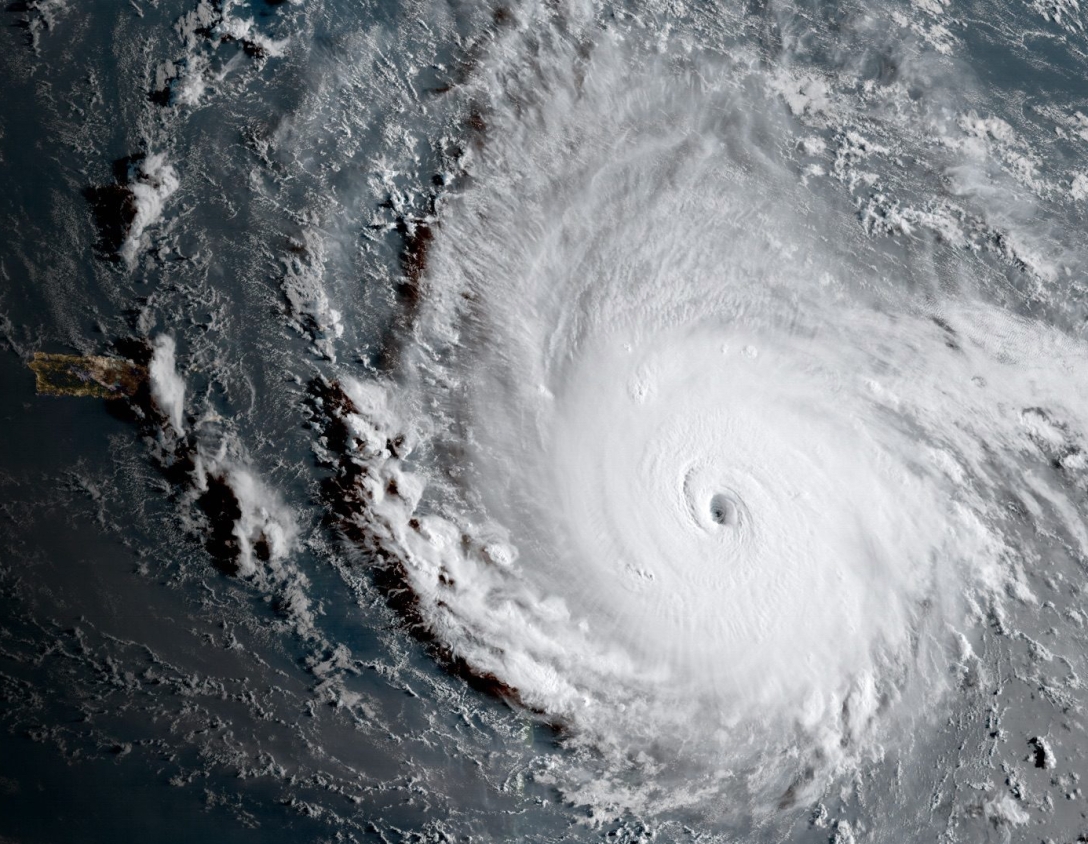 The following is a homily that I shared at a theopoetic open-mic and arts event. You needed to be present at the event to experience the full spirit of the performance as well as the atmosphere of the night, but I still wanted to share this. below is the transcript as well as the an audio recording of me reading it similar to how it was performed. Scroll to the bottom to find the audio.

Content warning: the following contains strong language as well as stories of drug use, murder, and violence.

When I was in the Spirit on the Lord’s day, God was revealed to me in the hurricane and I… I am spinning.

I am 15 years old and my brother is driving us to the beach in the middle of the night. Its storm season in the Gulf of Mexico and a hurricane is devastating Louisiana’s coast. Pensacola’s typically placid waters are being stirred by this beast’s outer bands.

We have come to see these waves – stirred by the wind of God.

Fancying ourselves brave, we step onto the bleakness of that shore. With arrogance we believed that our presence is  a birth right, a testament to human perseverance, and some sort of “eff you” to mother nature – we considered ourselves children of the Father after all. But we were just ignorant fools, jester’s in the court of the Queen who didn’t realize that their act was little more than a side-joke.

We stumbled over the dunes, we caught a glimpse of what Biblical authors must have had in mind when they described creation as formless void under God’s hovering breath/wind/spirit.

All my senses are totally overwhelmed. There are no sights to see nor great waves to witness – just a void – a thousand shades of black filled with a roaring wind – the Ruach of God. There was no room for speech here, for every syllable blurred into the cacophony chaos and the wind sent rain and sand at me as though they were sharpened needles. Just standing there was painful.

At first, I felt powerful, “look at my courage!”  And then awe as I begin to recognize my insignificance before this great messenger angel of God. And then fear, terror as I have never known it, raised within me. I stood before what we call chaos and yet I knew its destructive force was being wielded by an immense and beautifully ordered system – a hurricane, and it had no consideration of my existence nor the hubris of any human. It was simply fulfilling its calling by the great Chaosmose  – moving energy from one place to another.  Before its fury I experience what I can only describe as “the fear of God.” I fall into sacred silence and I… I am spinning.

When I was in the Spirit on the Lord’s day God was revealed to me in a gun shot and I… I am spinning.

Bang! Bang! Bang! into his back as he drives away. “Now light his truck on fire, don’t let him get away!” My brother’s best friend, let’s call him Jay Hatwell, was murdered at a gas station drug deal.

We received the news on Sunday – just in time for church. My brothers head hung, – he himself was a perp. A few months prior he hit a tattoo parlor – strong arm robbery and a high speed chase, fueled by the courage of coke and promise of pay day. Court is in a month, and he’s facing years, but this holy day brings its own tears.

We stumble into service and preacher proclaims the usual order. “Jesus can be your personal Lord and Savior! All you sinners in the pews please come forward and through his death and might Christ will reward you.”

My brother went to the alter with tears in his eyes, proclaiming his repentance before mom, dad, and the rest of these guys. But years later – after getting out of prison – he confessed to me.

“It was all a farce for father” – dad was covering his legal fees.  The tears were true but for Jay not Jesus, and on his knees he did cry, “save us.”

He meditated on the heroin he would have  just hours away.
That’s what he prayed about at the alter that day.

It’s called penal substitution.  a perfect theology for the problems of our penal system. Its grounded in individualism with no room for systematic nuance-isms. Let me introduce you to another. Recapitulation. It isn’t perfect theology but at least it recognizes knotted relations. Mirroring any great friendship, it says fidelity to Christ will necessarily change me. And should that be true. Should that be true. Should I be true, then I will necessarily have an effect on you and you on me and us together in perichoretic dance with God and diversity. Interdependence as salvific redemption.

its messy I know,

Because  I… I too am spinning.

When I was in the Spirit on the Lords day, I was Ghosted by God, and I… I am spinning.

I am heading to a Pentecostal revival. I had recently been baptized in the Spirit of the Bible.
Now I am a tongue talker, a prophesier and a preacher.
But in preparation for his service I went back to the Teacher.

Spending hours each night in prayer,
I asked God to renew in me the ability to hear.

I sought to cast out every lustful thought, every arrogant opinion, and my pious self
I wanted to – I need to – hear God at this service.
I was looking for a calling or at least a spiritual purpose.

The service was everything I hoped for:  a moving worship set, a convicting sermon, and alter call. I answered – the first up front to receive a prayer.

I prepared myself to receive the Spirit.
The energy in the room was perfect for it.

Every one fell out in the spirit – Slain.
You would be forgiven for not understanding, but think us not insane.
“Slain” is Pentecostal talk
for the body encountering God’s ontic-shock.

So overwhelmed, falling to the ground is the default.
I was ready for this – I needed this. The hair on my arms was standing. Here it comes…

The minister passes before me – the catcher behind.
I close my eyes, I surrender my mind. Touching my forehead, he says –
“Be filled with the Holy Ghost in the name of Jesus.”

And just as quickly as he arrived – he passed by.
Leaving nothing but a hollow haunting in my third eye.

I experienced nothing save for warmth of my heartbeat as I returned to reality. Immediately my spirit exhausted itself. Hair collapsed back onto my arm, and shame overshadowed me.

“Is God angry? Upset? Am I harboring some sin?
Am I not worthy of God’s presence? Am I a charlatan?”

I stumble out to my car in lonely abandonment. I wept.
In prayer and anger I petition God for an answer,

“reveal it to me: myself or Yourself!
why can I not experience you as they do?”

Then that strange warming returned, and swelled in me like a fire.  I got my response and it was a no-thing. It was the assurance of a nonexistence ghostly voice whispering to me,

“no child, I am just calling you elsewhere.”

It is here, in the experience of God’s absence
that I found God’s ghost haunting the halls of my existence.

And I… I am spinning.

And there we have it – The trinitarian Spin.
God as Gust, Gun, and Ghost.
Creator, savior, redeemer.

So I ask in invitation: “Would you too like a spin?” Let it be. Selah.

View all posts by nathanpatti